Excerpts from Past Ceremonies 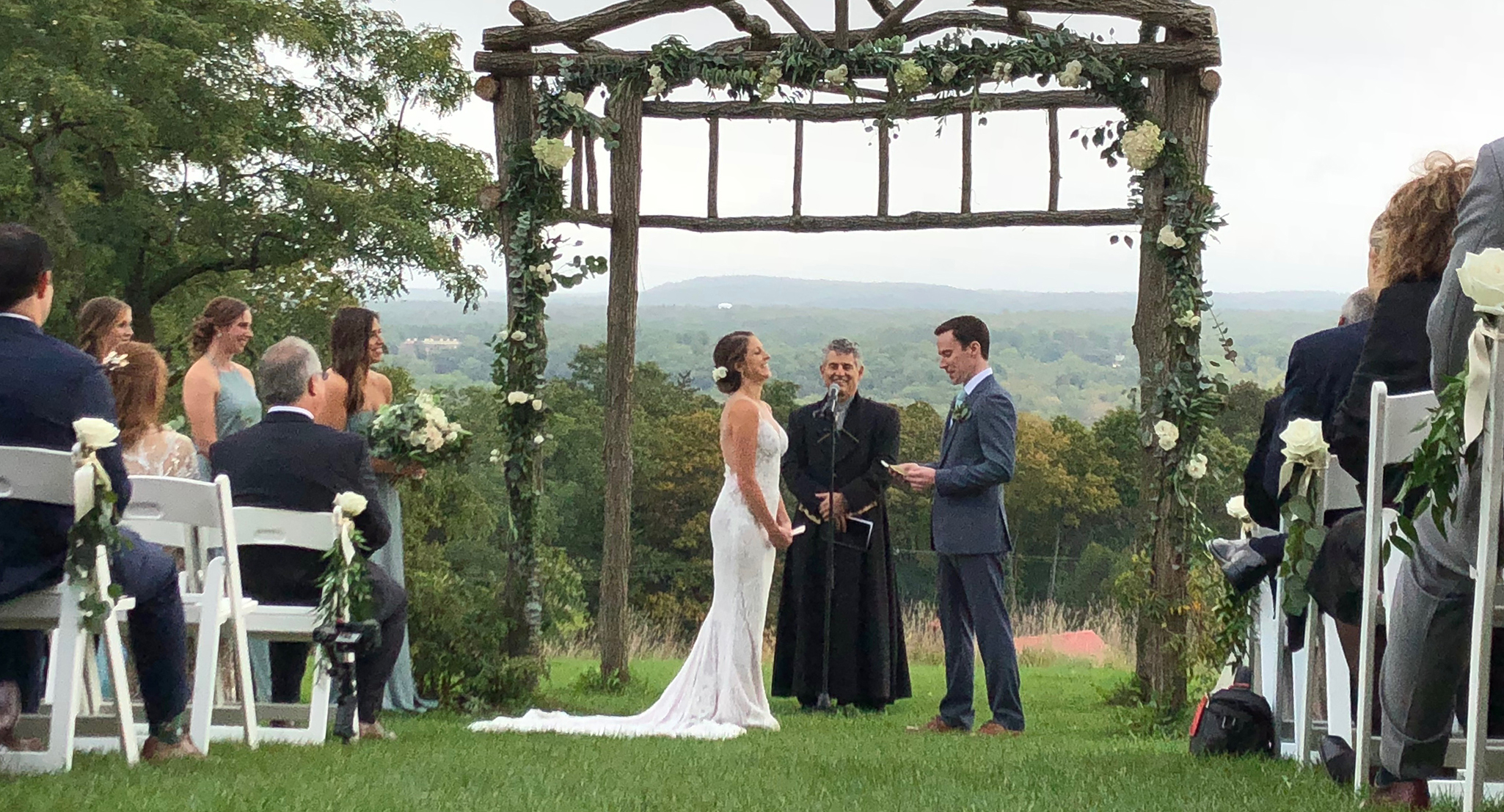 Just to show you how amazing God is: You came precipitously close to never meeting at all. It was three years ago, over 1,377 days ago you were both pursuing online dating. It was there, on Tinder, that you first met. Lindsay found the online dating situation wearisome.

Your love affair moved deeply quickly. The timing was perfect. From the very start there were so many things you share in common. That first date on a rainy April evening turned into dinner and dinner turned into the two of you heading to James’ place for a cup of tea, and tea turned into today . . . well, to be fair, three years passed before you got her, but get here you did. 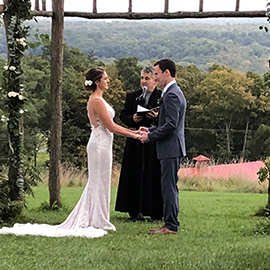 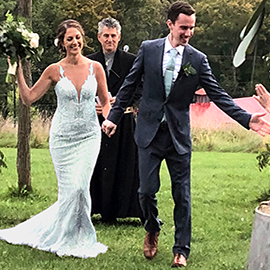 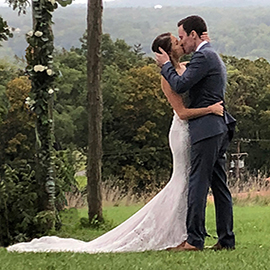 When you think of time it took to get to this moment, be sure you keep taking the time to enjoy every moment. Enjoy each other. Enjoy your wedding. For time is the most irreplaceable thing you will ever have. It is precious, like this moment now—which will soon live as one of your most important memories—asks you to be present, to remain in the here and now so that with all your heart and soul together you may enter into the sacred bonds and form the oneness of your marriage.

On the very day you met, Craig had you pegged as his bride. Something also struck Jessica upon that first sighting. From across a distance she could tell there was something essential and different from all the other guys out there. You made sure you were going to talk to Craig, but before you could, Craig approached. Neither of them were wasting any time.

Jessica’s beauty so overwhelmed Craig that words became things to trip over. Jessica didn’t notice. You were too nervous yourself. So it was clear from the very first moment that you were matched. In that initial encounter, you were already thinking the same thoughts about one another. It was as though you had known each other for years. The conversation was so easy. You were comfortable together. 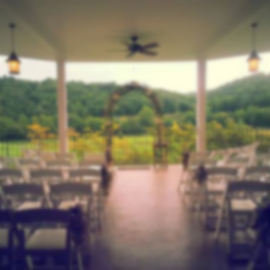 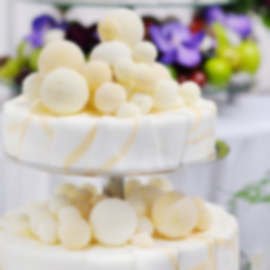 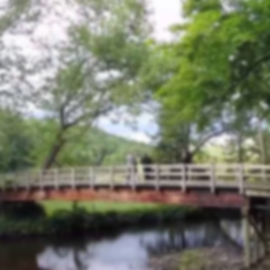 It was all so perfect. Until. The next day when Craig didn’t call. Jessica wondered, what went wrong? Why did this happen? Who was that guy? You began having doubts. Maybe the great night wasn’t so great. Maybe. Maybe. Maybe. Did Craig just want to play it cool? Was he trying not to come on too strong? It took a whole day before Craig called to invite Jessica out for ice cream. Whatever the reasons for the delay, that was the last time an entire day passed between your communications.

The story of Peter and Sharla began with an omen. When they first laid eys on each other, they were in a place very much like we are today: at a wedding. In fact, they were as close to the altar as a couple can get without being a bride and groom. The die was cast. They didn’t know it. They couldn’t predict it. But they were bound to come to the altar together again. And here they are.

And it’s not just Sharla and Peter who have come to this occasion. There is one more member of the wedding party that was there the day they met. Tayla, Sharla’s beautiful daughter was the flower girl then and here she is again, but now, this time her mama is the bride.

In-like started to turn into in-love. Their connections were uncanny. Each knew just what the other needed before a word was spoken. Sharla described it as though a part of her that had been missing was finally in place. She felt complete. In Paris, Peter popped the question. He was emphatic. Sharla was ecstatic. And thus they became engaged. 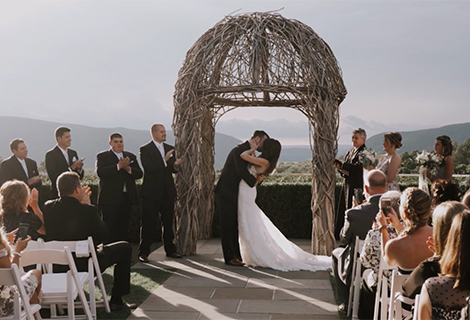 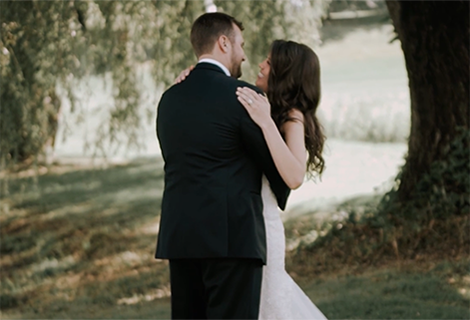 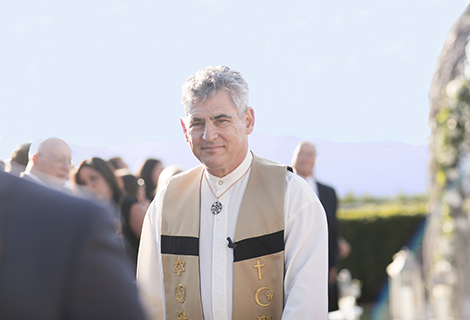 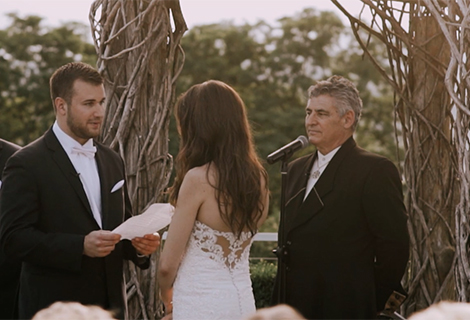 Loving All Creatures Large and Small 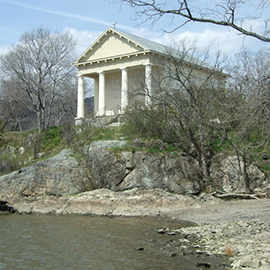 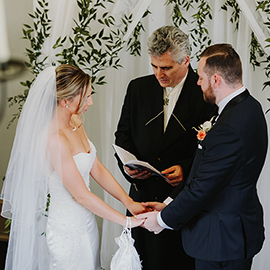 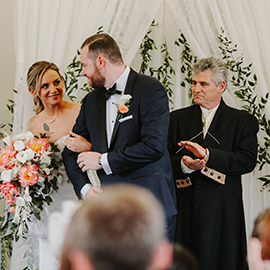 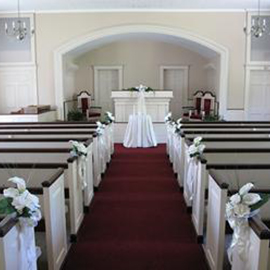 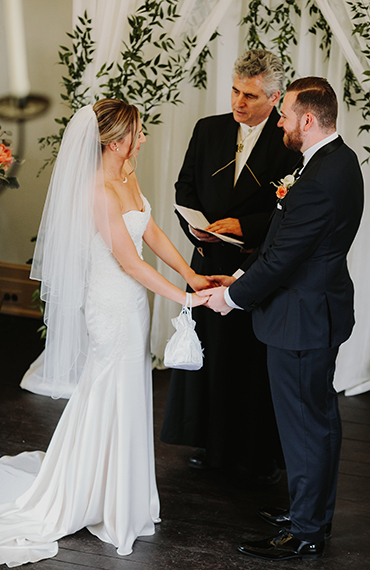 The story of Stephen and Summer begins before Stephen served his country as a K-9 trainer in Iraq. While distance kept two hearts apart, technology helped cement your love. Before your separation you were friends who shared values and interests, When Stephen was deployed you had the opportunity to get to know one another through the thoughts and words you shared by email and instant messenger.

Stephen says the thought of meeting you in person gave him an extra reason to stay alert and come home in one piece. Summer's light-hearted nature and sense of humor were always a good pick-me-up when his moral needed a boost. Your enjoyment of the simple things in life let him know that you both share the same values in life.

After Stephen returned from the war, you met casually for a friendly date. Soon your friendship bore new fruit, and a romance began. Summer, you have a way of always keeping Stephen smiling when he’s around you. You give him strength, and according to him, he is a better man with you in his life. You are his biggest fan. You are his best friend. My favorite quote: “Life was starting to make sense to me.”

Summer, you have taken this man, and helped him comprehend life. Stephen, you’re a lucky, lucky man. Summer respects and fills with admiration for you. Stephen, you embody strength, bravery and devotion to all living creatures. You are a master dog-whisperer where you work miracles by training dogs with tender, nurturing, and considerate attention. Your best qualities extend to Summer making you an ideal mate. Stephen gives Summer a safe place to be. You never thought you’d feel this way about anyone but you do, and Stephen feels the same way about you.

Surf Club
on the Sound

When you met six years ago, I don’t think either of you expected to be here today. But that was a long time ago, a long time since your early dates and the long separation you had to endure. All those days are behind you now.

Looking back now, it seems that what appeared to be unachievable is precisely what has given you the strength to be standing here at the altar. You’ve weathered hangry times. You’ve been able to clean the house and stack the dishwasher—and still you’re together. It’s amazing! 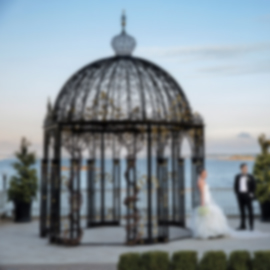 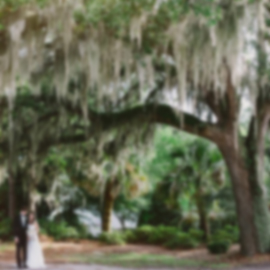 As Beatrice tells it, Owen is everything you could ever want in a man. You will be the perfect role model for your future son, and the standard of what it means to be a man for your future daughter. However, you may have to forgo having a rabid Giant’s fan in your wife. And you might consider finding other camping mates because unless it’s a five star spot with a spa, a nail salon, and a jacuzzi, because you’re not likely to entice Beatrice to rough it.

Take the time to enjoy. Each other. Your wedding. And your family. The most irreplaceable thing you will ever have is time. Time is precious. Once it’s gone, it’s gone forever. Many things are important. Career. Money. The Giants. But time, like this time now, which will soon live as one of your most important memories, asks you to be present, to remain in the here and now so that with all your heart and soul together you may enter into the sacred bonds and form the oneness of your marriage.